Hot Tub Leaking from the Bottom

A spa or hot tub that’s leaking can be alarming. But don’t despair! It’s rarely an issue with the spa shell. Most often, it's something minor that can be resolved using routine hot tub leak repair solutions, such as a hot tub sealer or other simple fix.

We cover this problem in detail in another post: "Help! My Spa Pump is Leaking!" To summarize the article, when a spa pump is leaking, it's either the shaft seal, unions or the wet end volute. Look closely with a flashlight to determine the exact source of the leak on a spa pump. This should help you determine the replacement parts needed to fix the leak.

The lens for the spa light can become loose or cracked, especially with high heat halogen spa lights. The light housing or niche is usually located on the same side as the spa pack so the bulb can be easily serviced. Shine your flashlight onto the area around the housing to determine if water is leaking from the spa light. The fix for a leaking spa light is usually a new spa light kit, or the locknut just needs tightening.

We also covered this topic in a detailed post called "Hot Tub Filter Leak Repair." In summary, the usual spa filter leak fix requires a new gasket or o-ring, or possibly a new filter housing if the body is cracked. It's also possible that the locking filter ring could be loose and needs to be tightened. Most spa leaks are minor and can be easily fixed. But if you aren’t encountering one of the above, read on.

Leaks from PVC pipes are typically pretty rare, but they do happen.

Freeze damage can shatter PVC pipes, but most spa plumbing leaks actually occur at the glue joints, or where the pipe is glued into a coupling, spa jet, union or tee fitting. If the original PVC glue was thin in one area, water can begin to seep out between the pipe and fitting walls over time.

It is most common to have leaks on the backside of spa jets, which can be caused by loose locknuts or deteriorated spa jet gaskets on the inside of the spa.

Spa leaks occur in other gasketed spa or hot tub equipment, too — anything with o-rings and gaskets are susceptible. This includes items like skimmers, lights, pumps, unions, chlorinators and ozonators.

Sleuthing Out a Spa Plumbing Leak

If you don't see the spa leaking anywhere inside the hot tub equipment bay, then you may have a spa plumbing leak. It could be on one of the fittings, jets or somewhere on the pipe. But where? This will take some sleuthing.

Small leaks in hot tub fittings and spa jets can be fixed by adding Leak Seal by Leisure Time. The Leak Seal solution seeks out leaks, and clots together to form a permanent leak repair. It works great on small voids, seepers, and weepers, but it does have limitations. It won't fix large cracks or stop major spa leaks. But for small leaks, it is worthy, so give it a try.

To diagnose a larger leak, shut the pump off, and allow the spa to drain to a lower water level, paying attention to where the system stabilizes and stops leaking. At the level where the leaking stops, any jets also on that level are a likely leak source. Sweep or use a leaf blower to dry off any standing water around the tub. Then add water to the spa for a few minutes and watch closely where the water begins to run out. A doctor's stethoscope or a simple paper cup can be used to listen for leaking water.

Spa plumbing leaks will often leak more when the pipes are pressurized or the pump is running. Some hot tubs may stop leaking altogether when the pump is off. In this case, you'll need to refill the spa, and run the pump while looking for the leak source.

Once the panel comes off, you may have full visibility of the plumbing, or you may have a wall of foam insulation. Just dig it right out, using a screwdriver or large kitchen spoon, and search for the wettest area of the foam. Keep digging towards the moisture until you expose the pipes, fittings or spa jet that is leaking. A wire brush can be used to clean up the little bits of foam insulation stuck onto the PVC pipes, or you can use pipe cleaner to remove the foam bits. There's a detailed explanation of the process available from JD Finley.

Once you find the leak, you'll need to address it. Leaking spa jets may need a new gasket (or just tightening). Leaking pipes and PVC fittings (90s, 45s, couplings) should be replaced if possible; just cut it out and replace the fitting with a new one. There are some PVC repair products, such as Mr. Sticky's, that can do the trick. But they are not always successful. Snap-on PVC repair cuffs or compression couplings can also be used in tight spots. As a drastic last resort, the line (or jet) can be abandoned by cutting out the leaking area and capping the pipe on both ends.

After the spa leak repair is complete and your spa is leaking no more, you can pick up a few cans of spray foam and replace most of what was taken out. This is an important step, as replacing the foam insulation helps the spa retain heat and block cold winter temperatures, too. Replace the wall cabinet panel in the same fashion as before, using screws, a staple gun or a wood adhesive like Liquid Nails.

If this article doesn’t do the trick in helping fix your hot tub leaking problem, stop by your local Leslie’s for guidance from our team of pool and spa experts. 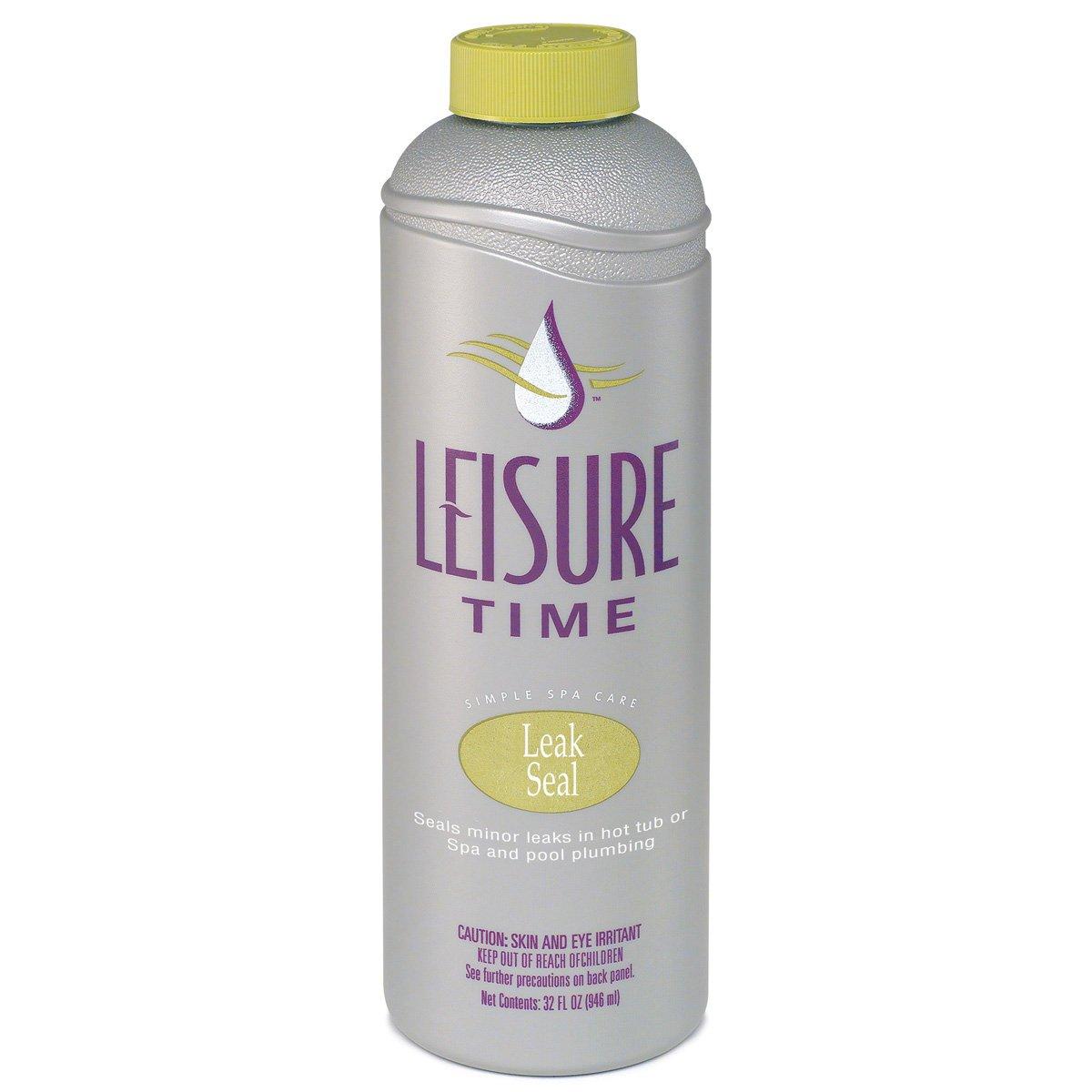 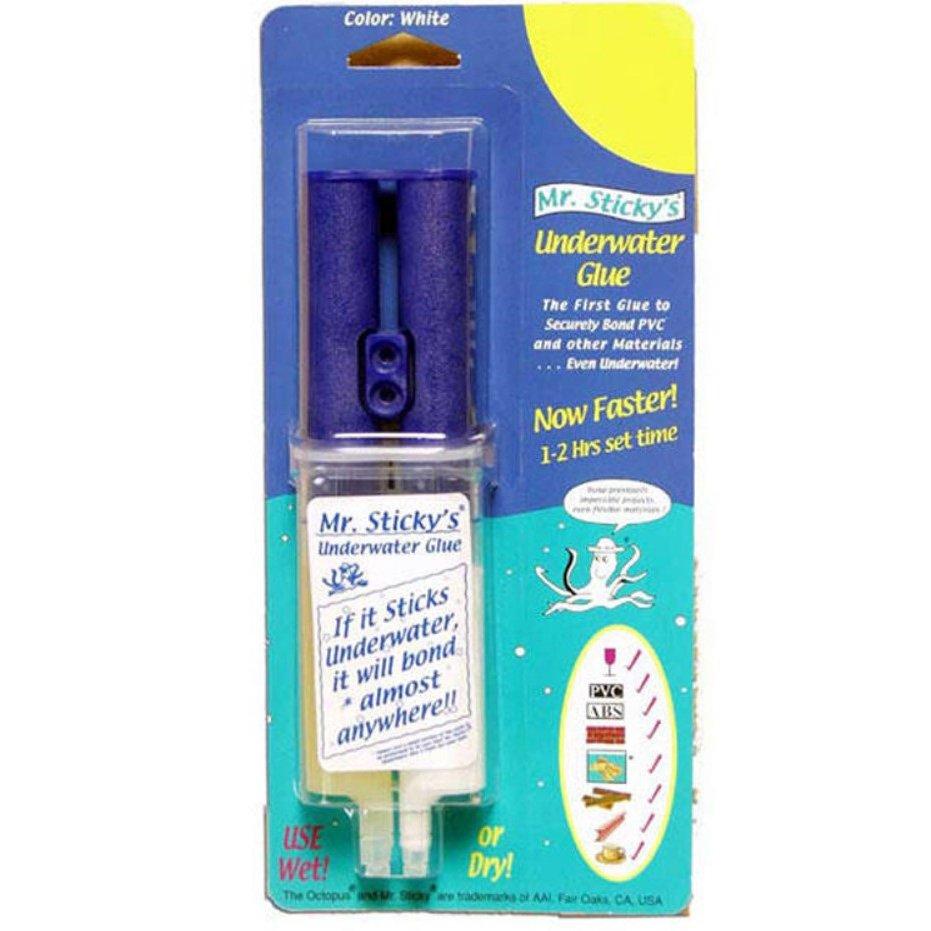 Spa Parts
JUMP IN WITH US ON SOCIAL!