When it comes to shocking your pool there are a variety of pool shock options available for use. The most common are sodium dichlor shock (dichlor) and calcium hypochlorite shock (cal-hypo). So what exactly are the differences when comparing dichlor shock vs. cal-hypo shock? We're glad you asked.

In this article we will cover the basics of these two pool shocks, detailing when and why to use each.

Sodium dichlor is a sodium-based chlorinated granular shock that is designed to be used in a saltwater pool or spa environment. The sodium base allows it to dissolve quickly and clearly, leaving no turbidity or cloudiness to the water. Dichlor can be used with all types of pool and spa interior surfaces — vinyl, plaster, PebbleTec, and painted finishes. It can be used as a maintenance or treatment product.

Dichlor, which has a pH of 6-7 at 77ºF or 25°C (1% solution), is typically white in color and has a slight chlorine odor. Dichlor contains approximately 10% Cyanuric Acid, so it is stable. Cyanuric Acid protects the chlorine in the product from the harmful effects of the sun's UVA and UVB rays.

To add a dichlor shock — such as Leslie's Chlor Brite — to your pool or spa, simply measure out the amount needed per the volume of water and parts per million (ppm) lift needed. Then sprinkle it around the perimeter of the pool or spa with the main circulation system running. (Do not pre-dilute this product before adding.)

Calcium hypochlorite (cal-hypo) is a calcium-based granular chlorinated pool shock that can be used as a maintenance or treatment product. Cal-hypo has the highest percentage of available chlorine and is extremely effective at eliminating algae.

Because cal-hypo shock contains calcium, it is not recommended for use in saltwater applications, and although it does dissolve quickly, it does take longer to dissolve than dichlor shock. Cal-hypo is not recommended for painted, vinyl, fiberglass and PebbleTec interiors as it can bleach the color of the surface. Depending on the calcium hardness and total dissolved solid levels in the water, adding cal-hypo can cause turbidity and clouding of the pool water.

To add cal-hypo shock — such as Leslie’s Power Powder Plus — to your pool, simply measure out the amount needed per the volume of water and ppm lift needed. Then sprinkle it around the perimeter of the pool with the main circulation system running. (Do not pre-dilute this product before adding.)

Now that you know the differences in dichlor shock vs. cal-hypo shock, you can determine which is right for your pool.

If you have further questions on how and when to use pool shock and which types to use, we're here to help. Call or stop by your local Leslie's for expert assistance. 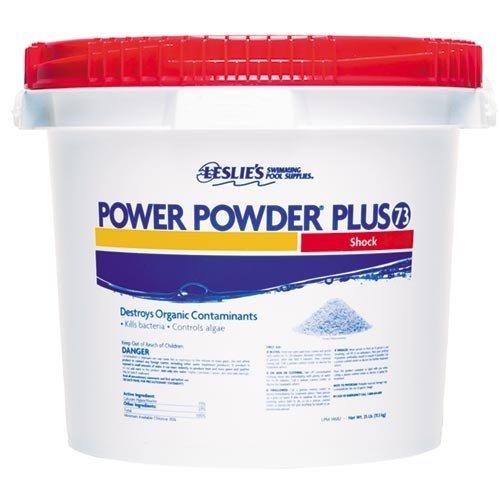 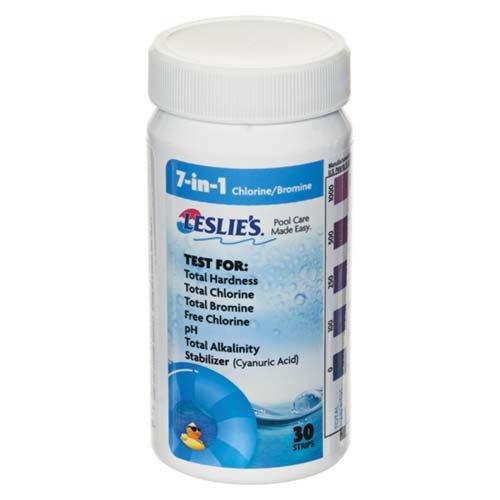 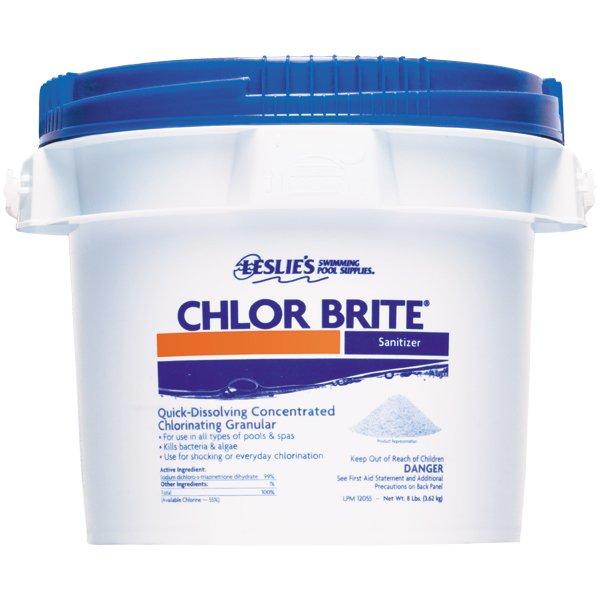 Shop Dichlor
JUMP IN WITH US ON SOCIAL!